We all have heard about roller skating–a recreational activity, also considered as a sport, wherein people travel on the surface using roller skates. This activity became popular in the United States around the 1930s up until the 1960s.

Aside from the usual roller skating, a version called artistic roller skating also became widespread. In this sport, roller skaters imitate figure skaters. The only difference is that they do their thing off the ice with the use of quad skates, mostly, or inline skates.

Here in Art Box, let’s get to know artistic roller skating some more by getting to know the different disciplines it has.

Another sub discipline is free dance which is basically just similar to ice free dance with some changes in the rule. In a sense, solo dance covers all three sub-disciplines.

For these competitions, the judges grade the skaters according to their placement of turns, edges, take off as well as their posture and form. 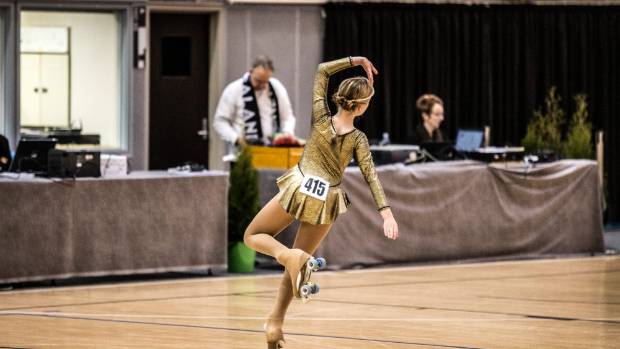 In the freestyle discipline, the skaters incorporate figure skating footwork, jumps and spins. This discipline is quite similar to ice skating as it uses the same jumps with some changed terms. Basically, this type of artistic roller skating makes use of choreographed routines.

This discipline could be done in pairs wherein extraordinary spins and lifting overhead can be performed. Furthermore, the skaters usually learn a lot about drama and dance creativity.

In this discipline, a team of 6 to 24 skaters perform at the same time. They are supposed to precisely move and flow as one unit; hence, the name “precision”. This discipline is based from synchronized ice skating.  The team performs routines choreographed to music; they also have to incorporate formations of circles, lines, intersections, etc.

Roller skating, figure skating, ice skating and all other skating sports are truly fun and challenging activities you can do all year round; this is why there are lots of fuss when it comes to skates. And so if you’re looking for something new this summer, check out Skate HQ’s section on roller derby skates to see what all the fuss is about. In another news, the first outdoor roller skating rink  in Houston just opened.